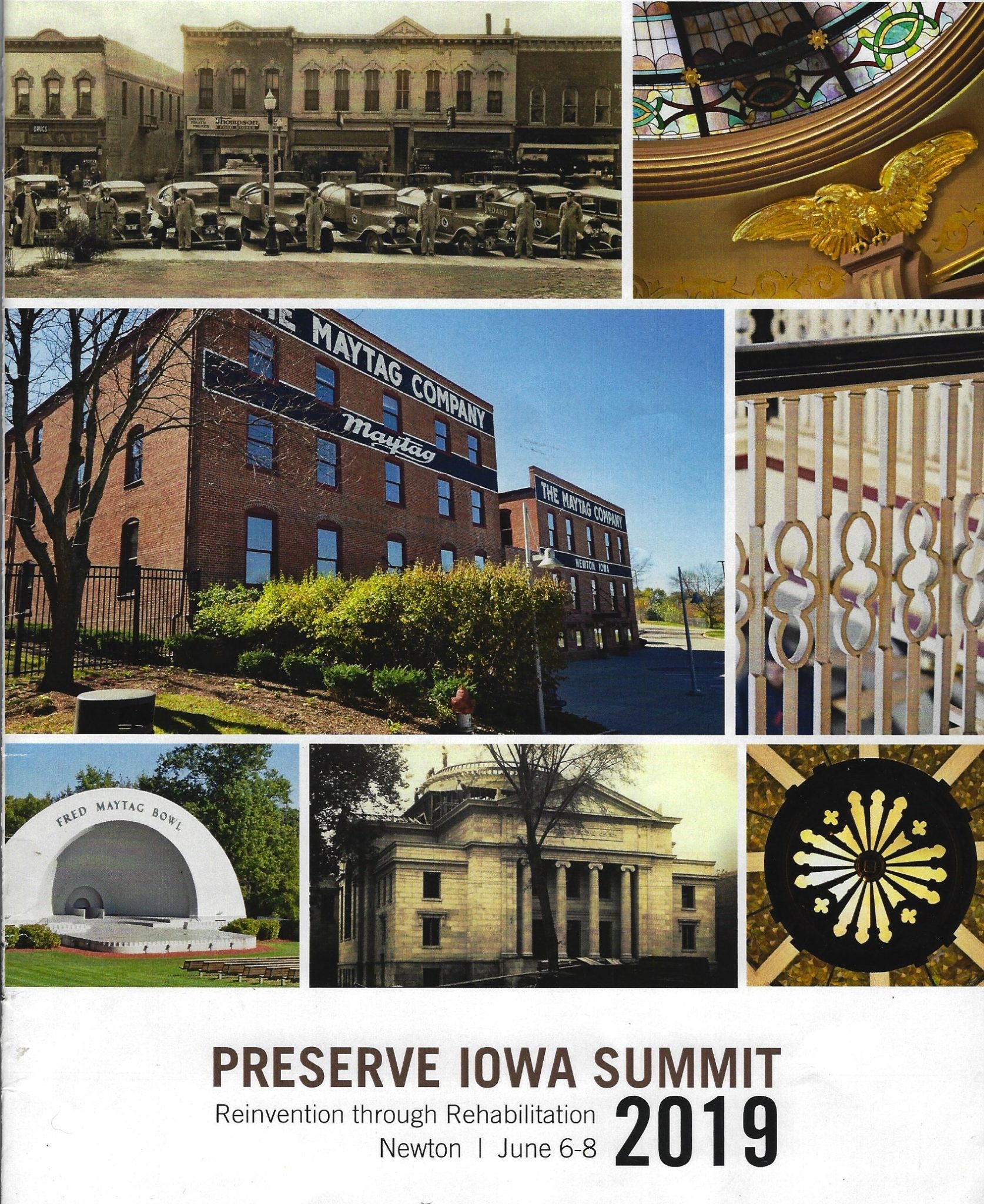 The Preserve Iowa Summit is the premier statewide annual conference for professionals, property owners, and volunteers involved in historic preservation in Iowa. This year it was held in Newton, Iowa on June 6-8, 2019 at the First United Methodist Episcopal Church, itself a beautiful 1890’s structure.

There were forty-nine speakers over three days, with usually three sessions happening at once. Don Andre and I each attended the sessions we felt would be the most helpful for our community.  These sessions included implementing historic guidelines, zoning, fund raising, listing on the National Register, applying for grants and field services.

My favorite part was networking with others involved in historic preservation in Iowa. It was also wonderful touring the newly transformed Hotel Maytag in downtown Newton, Iowa. This project was managed by former Senator Jack Hatch, who has been involved in many preservation projects such as Sherman Hills, Greater Des Moines and beyond.

Lila Turnbull and Don Andre are appointed members of the City of Pella Preservation Commission.

Lila Turnbull is also a board member of Historic Pella Trust.