The  Pella Preservation Trust, established in 1994, is a non-profit preservation group who helps to preserve Pella’s architectural resources so that future generations will continue to be enriched by the historic legacy of Pella’s Dutch heritage and culture.

Pella Preservation Plus  Properties Under our Protection and Ownership 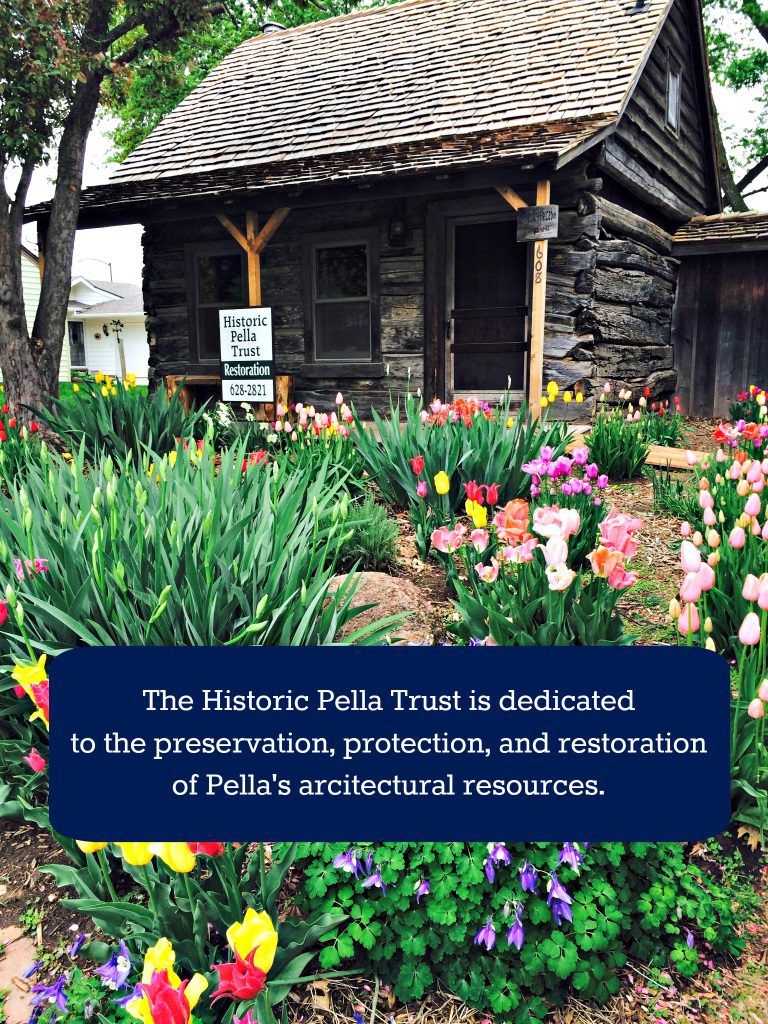 2022 Pella Preservation Trust Board of Directors 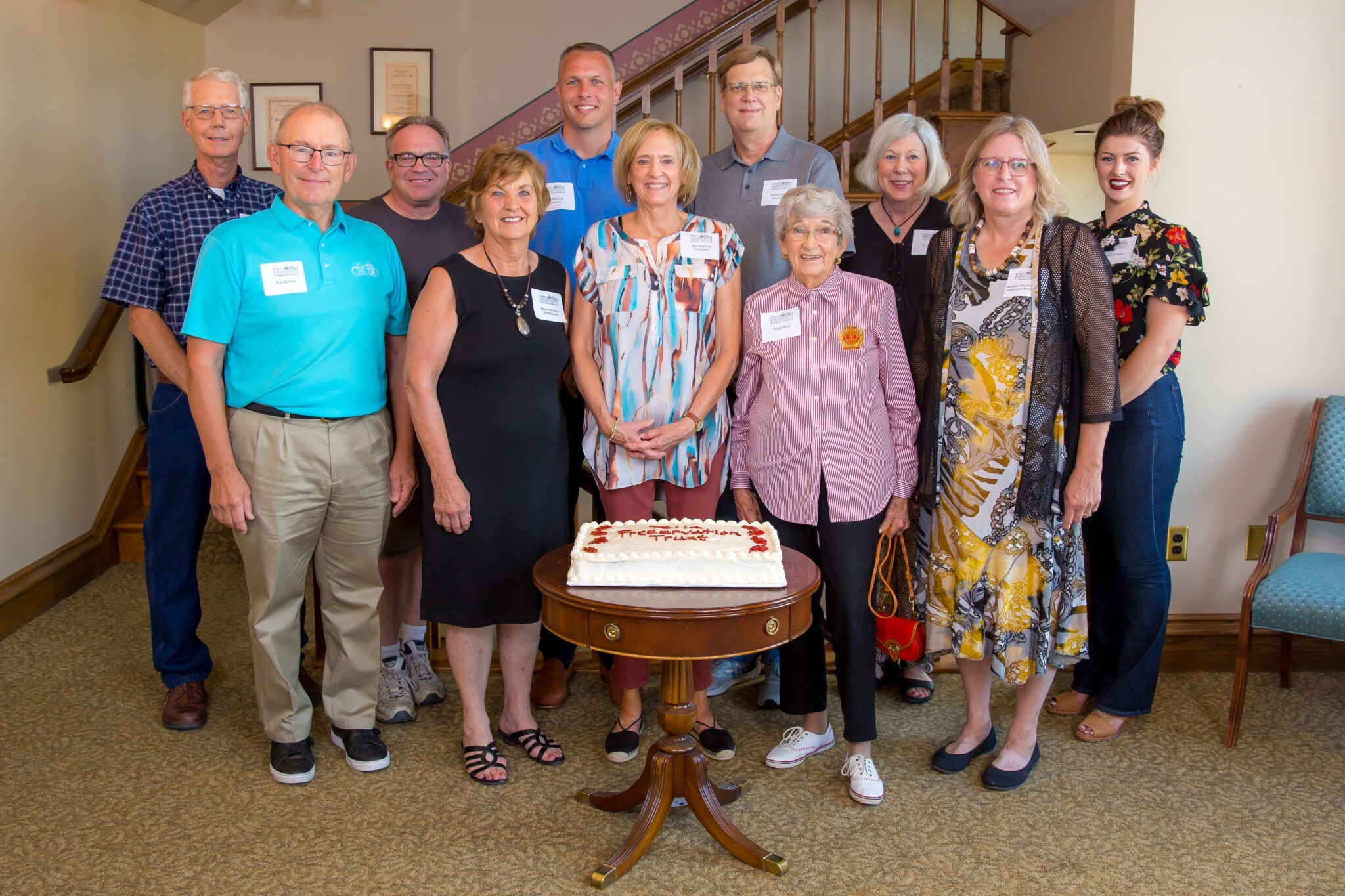 2019 Historic Pella Trust Board of Directors

Built by Dirk Van Loon, A stone mason by trade. Using eight-hitch horse teams Dirk hauled huge limestone blocks to their land site then set to work cutting the stones into square and rectangular pieces, some as large as 15 inches wide x 18 inches long x 12 inches high. He and his wife, Gertje  and two of their children lived there five years, when expecting their third child they moved to a larger home.

Edith Kuitert purchased the Rock house in 1980. She restored the tuck pointing, repaired the windows and re-shingled the roof. A gas furnace was installed in the attic to replace the large stone fireplace heat. On the south wall. She had electric wiring installed for lighting. The lean ( hokje) on the East wall of the living room was converted into a bathroom. She maintained the historic qualities well making it comfortable for today.

The Rock House – Pella’s Little Stone Cottage
The locals have long called this little cottage the “Rock House”. It’s been standing here since it was built
by Dirk Van Loon in 1856. The house is still on this small 1.58 chain x 1.62 chain (a chain is 66 feet) lot
that Dirk purchased from Pella’s founder, Dominie Hendrik P. Scholte. Dirk was born in the Netherlands
in 1819. Before immigrating to America, he had been a soldier in the Dutch Army where he had served
for a time in the Dutch East Indies and had worked as a stone mason in the Netherlands. He was also a
cornet player in the Dutch Royal Band.
Dirk arrived in Pella with his wife Gertje (de Kort) and 9-year-old daughter Christina. A son Marcellus was
born the following year. Dirk built this 16-foot x 24-foot house from limestone quarried from a cave
south of Pella. A few years later he added a frame addition onto the south side creating a T-shaped
house. Dirk and his family lived here for five years before moving to a larger house when his wife
became pregnant with their third child. During his time in Pella, Dirk helped establish the Pella brass
band. He continued to do masonry work in the Pella area.
Later Dirk moved to a farm near Columbia, Iowa and then on to Kansas as a homesteader. For this 600-
mile trip to Kansas they bought a wagon from Pella entrepreneur, blacksmith and wagon builder, Barney
Beurkens. The Beurkens Wagon was a good one, surviving the trip through the big, raw open wilderness
from Iowa to Kansas with no roads, no bridges and no repair shops. Later the wagon was put into service
as a chuck wagon for cattle drives.
Edith Kuitert bought the house at an estate auction in 1973 and passionately worked to restore it with
tuckpointing, re-roofing, window repairs and much more. She had the house listed on the National
Register of Historic Places and later donated the house to Historic Pella Trust (HPT) in 1997. HPT
maintained the house until 2019 when it added a Conservation Easement to the house and funded a
new roof before selling it to Katie Douglas and her parents, Cliff and Kathy Douglas. (A Conservation
Easement is a perpetual deeded contract between HPT and any current or future owner of the house
that requires the owner to maintain the house and prevents its demolition.) The Douglas family has
extensively restored and renovated the Rock House to its current state. It still stands “rock solid” as one
of Pella’s oldest historic buildings. 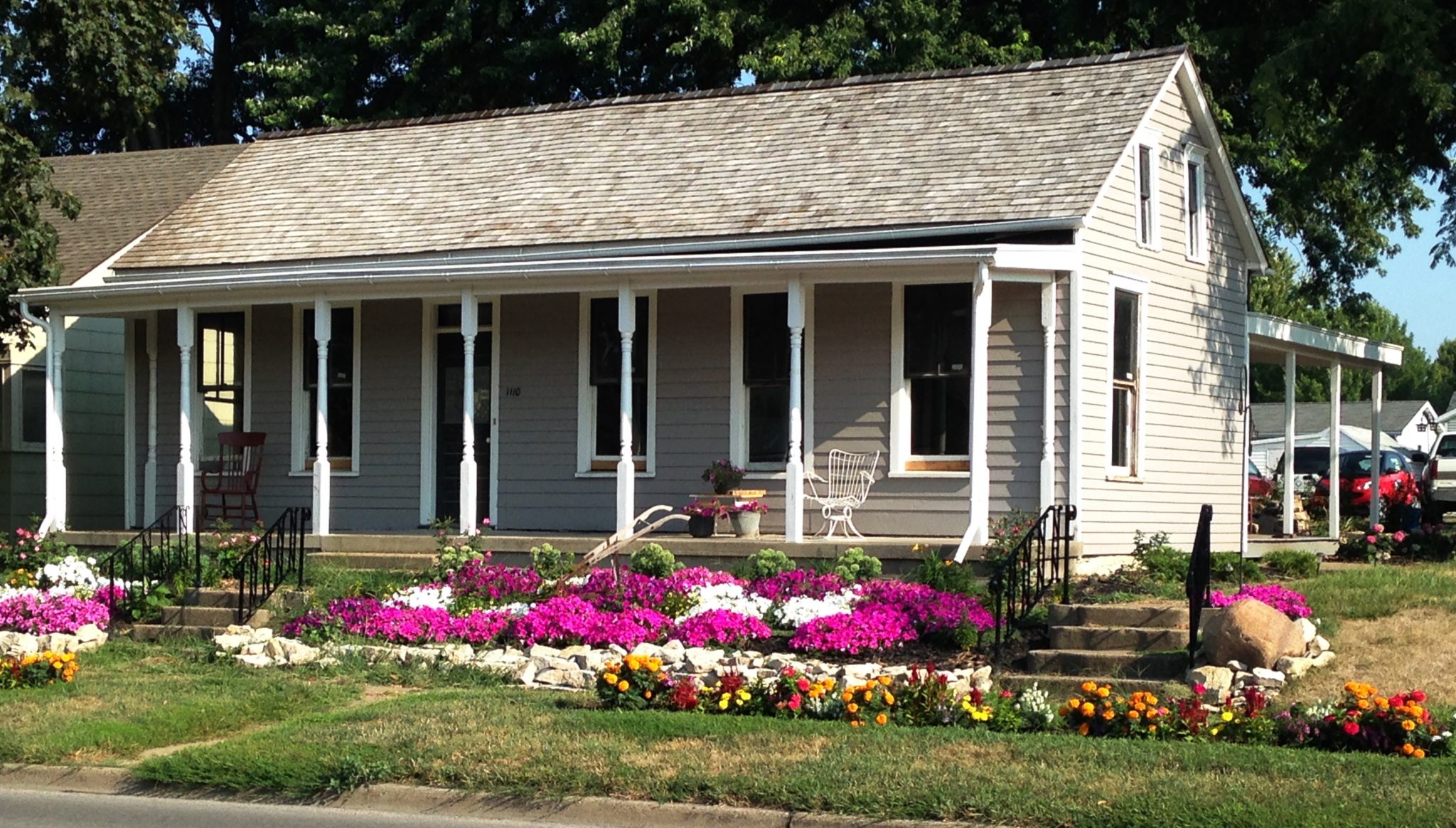 The Strawtown Cottage as it is called now, was built in 1856 Or 1857. It was originally known as the Ten Hagen/Stegeman Store.  The home was constructed by Adrianus Jan Cornelius and his wife Charlotte from native timber and some of the floor joists were logs. The house was sold in 1876 to Garret and Catharina Stegman. They built onto the west and north. The southeast room was turned into a store. Even though not much information is available, the store continued for many years. Mr. Stegman passed away, but his wife continued living there until her death in 1903. There were several occupants between then and when it was sold in 1940 to Clarence and Mable Vande Veer. The Vander Veers lived in the home for 62 years. Following the Vander Veers death, the property went into limbo for many years and was purchased to have a duplex built. It came to the Historic Trusts attention, and they purchased it. The Historic Trust put the property on the National Register of Historic places. Over the next several years many hours were spent stabilizing the home by the trust. Mary Van Wyk purchased the property in 2018 from the Historic Trust and continued with the restoration until it was completed and turned into Strawtown Cottage Airbnb where several visitors who come to Pella can enjoy modern conveniences with the historic values. 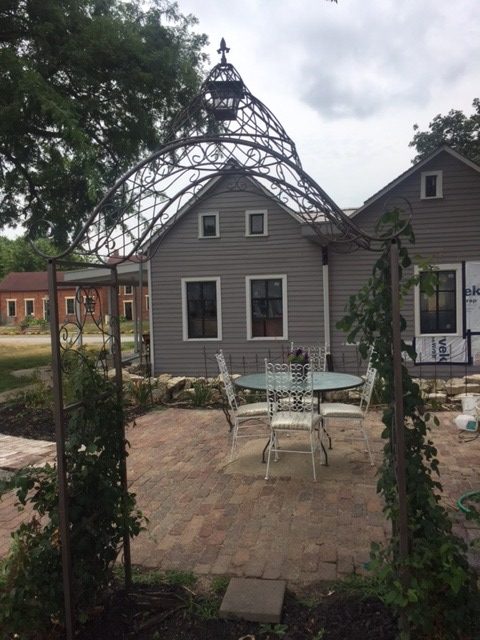