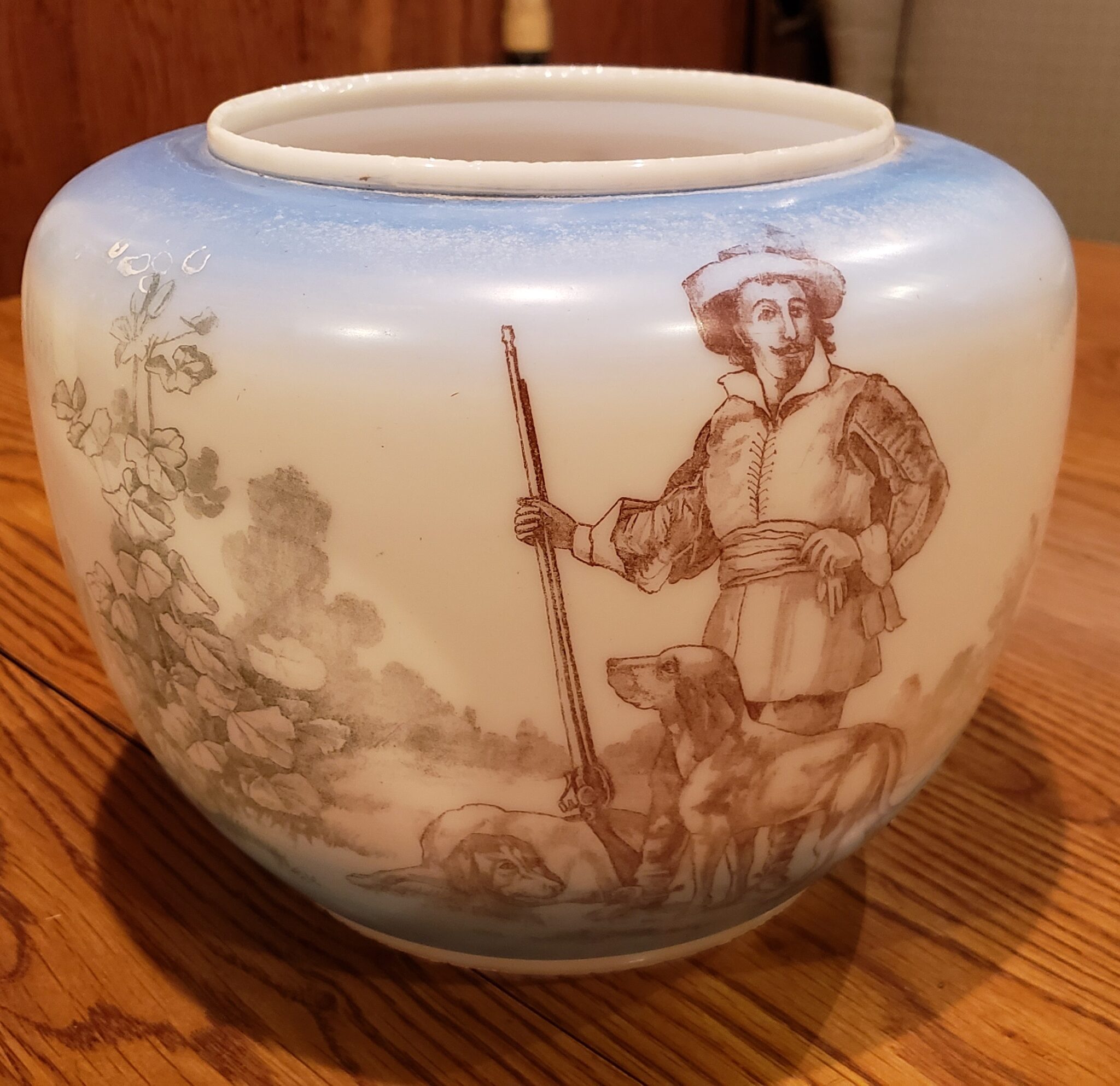 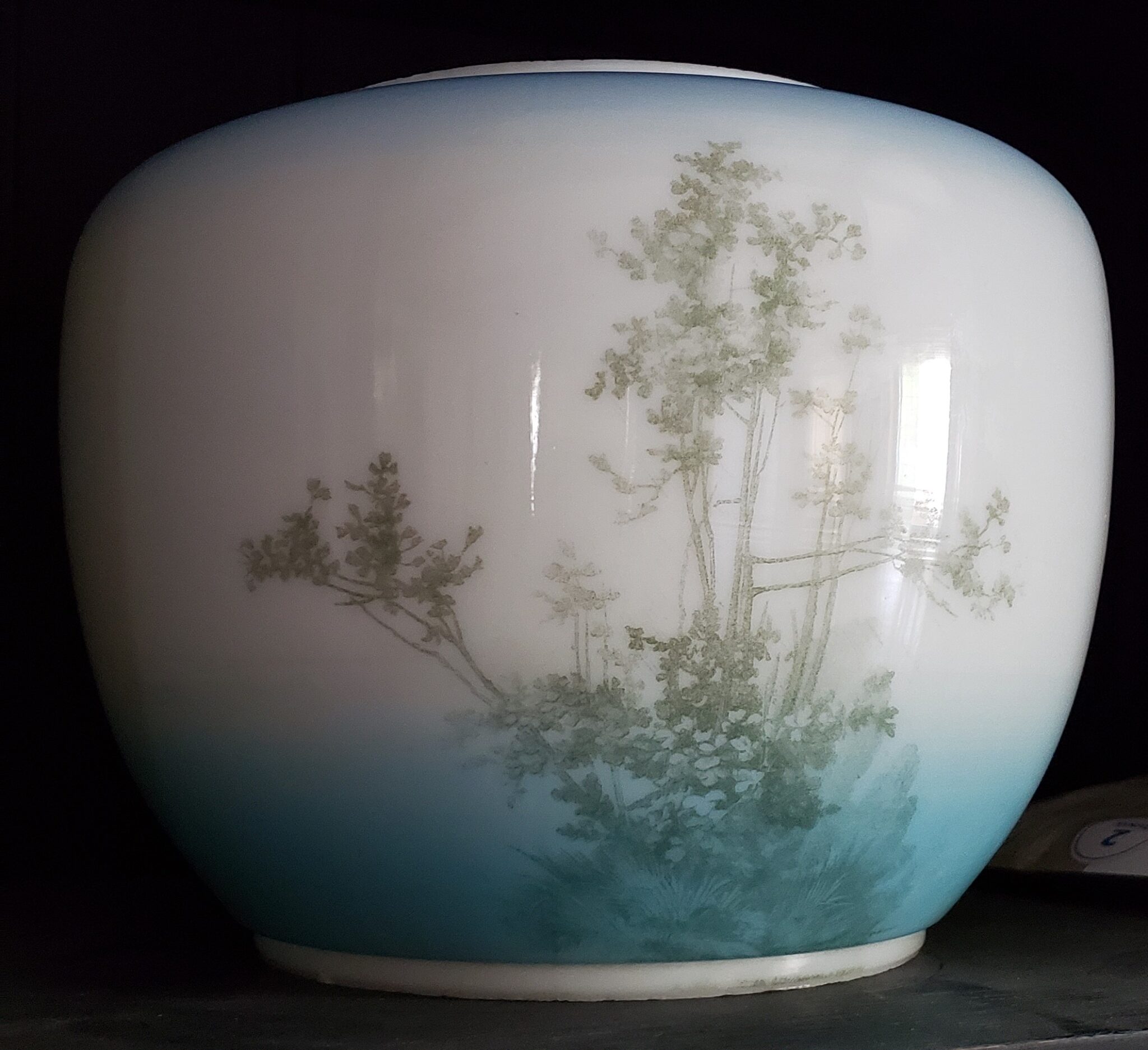 On our way back from Pierce’s Pumpkin patch, we stopped off by the Sesker farm with a gift from the Whitaker family. Mikol and her mom, Jane were using a lift to paint the second story of the 1899 farmhouse that was original to the property. When I came around the corner of the house, she shouted my name in surprise, happy to see us.  Her dad, David was busy working on structure projects below.

Mikol gave us a tour of both homes even though her hands were spotted with the oil base special formula stain she was using on the farmhouse. The farmhouse had been placed onto a new basement at the same time the moved in house was moved onto its new foundation. This gave the smaller home a lot of new usable space.

I had brought them a painted glass lamp shade that was original to the home. The Whitaker family had taken it with them when they endowed the home to the college. The lamp shade was white glass with a blue tint and a picture of trees and a hunter with his dogs.

What is special about Mikol Sesker and the Mint N More Farm? Well, this farm has a beautiful house overlooking rolling Iowa hills and this historic home once lived in Pella, Iowa. Trying to preserve it was my first project with HPT.  It was owned by Central College and sat on their campus. The college no longer wanted the massive Boardwalk house, and they came to Historic Pella Trust wanting it moved or torn down. They were willing to give the person moving it $10,000 towards moving expenses. Mikol was the second person to step up to the plate to plan how to get this move accomplished twenty miles south of Pella. That moving money was later donated to Historic Pella Trust towards building the Tuttle Learning Walk.

The roof, top level and porches from the home had to be removed to get it out of town, still tree limbs, high lines, and streetlights had to be moved to reach the country highway T17 and head south. People lined the streets to see this happen.

It sat wrapped up in tarps on the farm location until the next summer when it was placed onto a new foundation and the numbered boards of the roof and porch were restored to their original design. Then a new copper roof top was added to the stately home.

Now, it sets proudly with a fresh coat of creamy white paint. Renovations are still in progress with a goal of getting most done by 2027.

My biggest surprise was that the wall between the closed in porch and the kitchen had been removed to add more space and in the corner was a glass elevator. My grandson was mesmerized by the elevator, and we took it up to see the second floor. Before concluding our visit, Brian and Grandma took one more elevator ride to the basement and back up.

Her family has been busy with this project in their spare moments. They are making the basement look vintage using the boards from the roof and eventually bricks from the original basement. Throughout the home are samples of wallpaper and a lathe and plaster expert will be repairing or replacing plaster in the home next year. She bought luxury cabinets for the kitchen and pantries from a supplier that resells ones removed from other homes. These are setting in the dining room waiting for installation. Most of the rewiring and plumbing pipework is finished.

We really enjoyed this tour very much; I will always have a special love for this project and beautiful home built by the Waechter family in 1914. The Mint N More Organic family farm is now a memorial project to her bother, Nathan, 1979-2017. Nate, Mikol and Megan started the family organic farm with the help of their parents in 2014. They had named it Mint N More to include his and the sister’s initials. 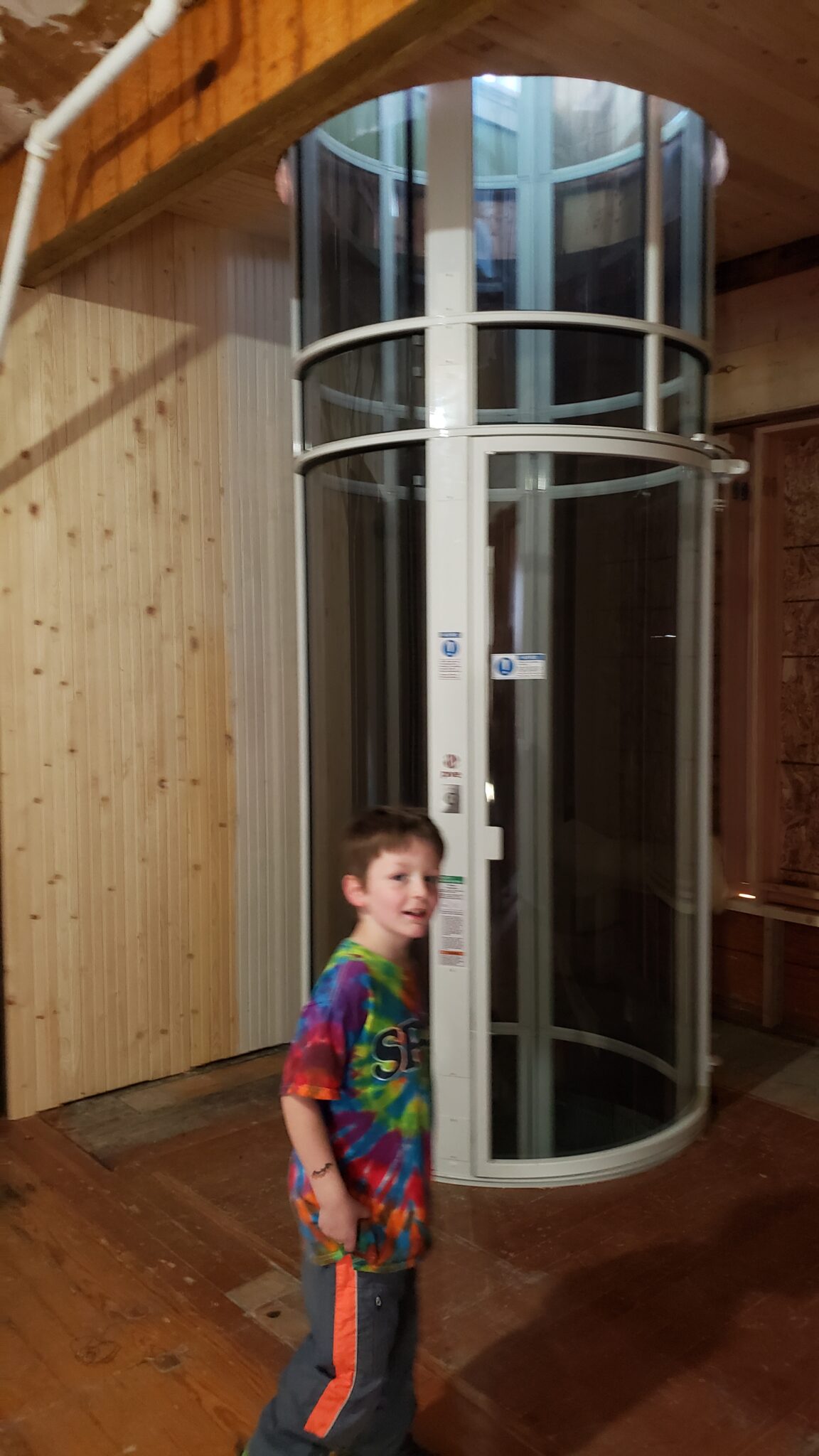 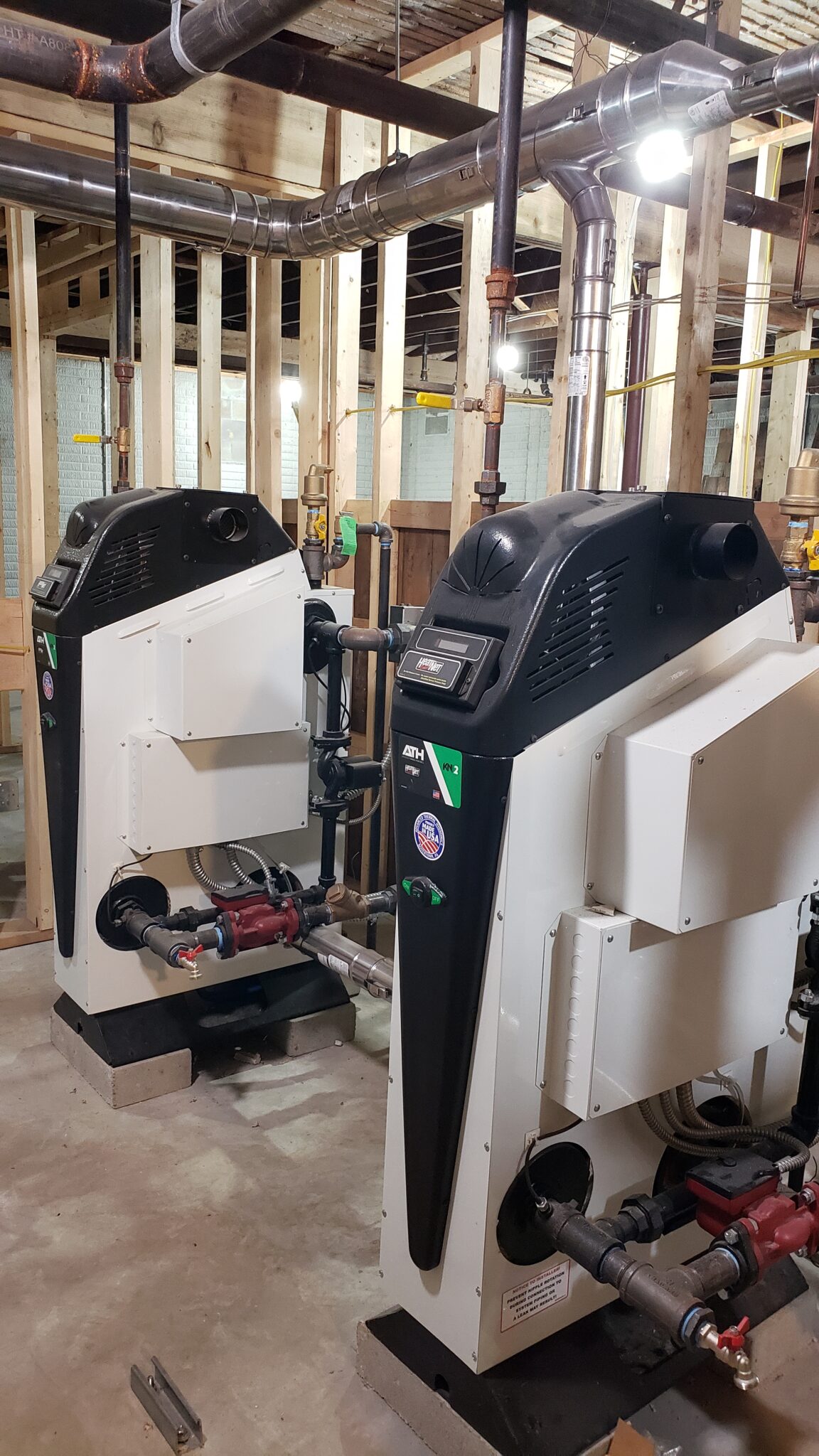 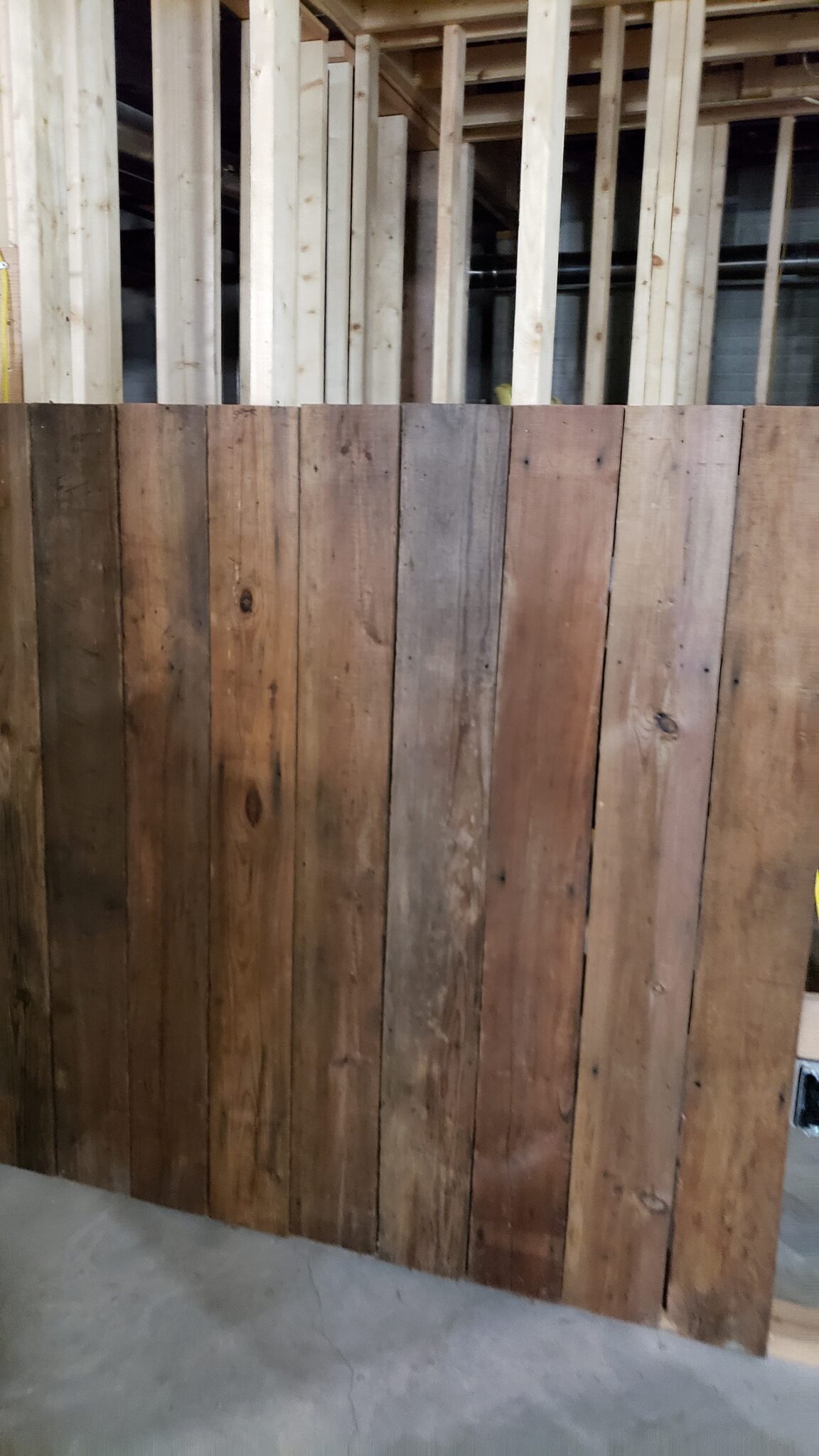 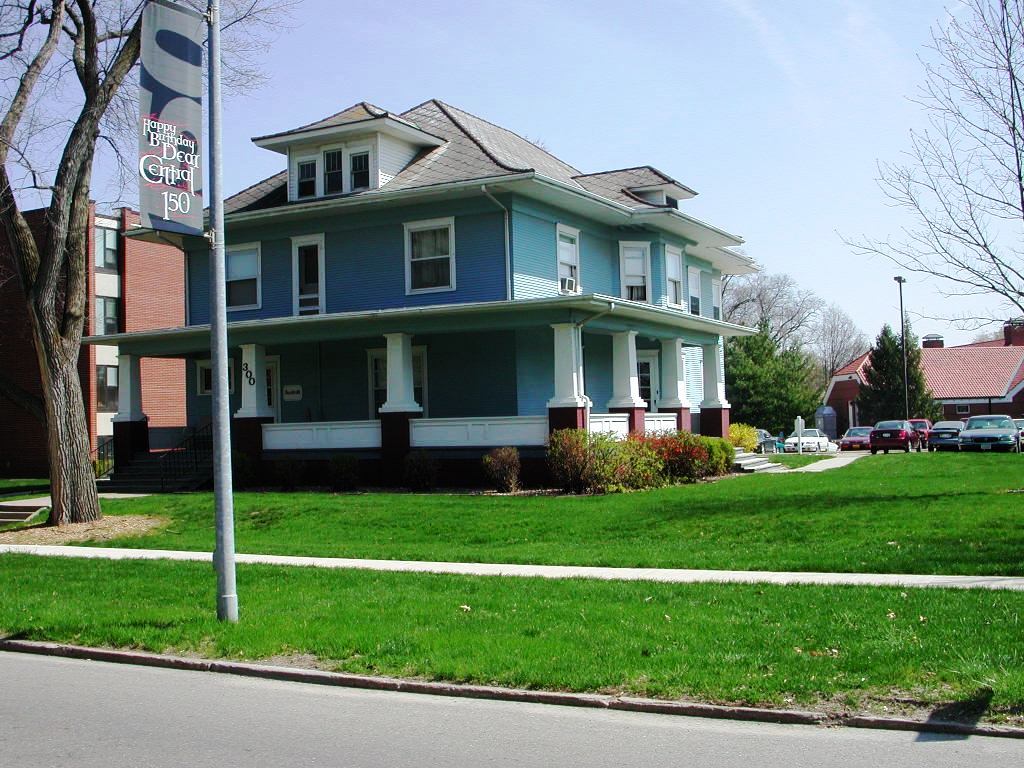 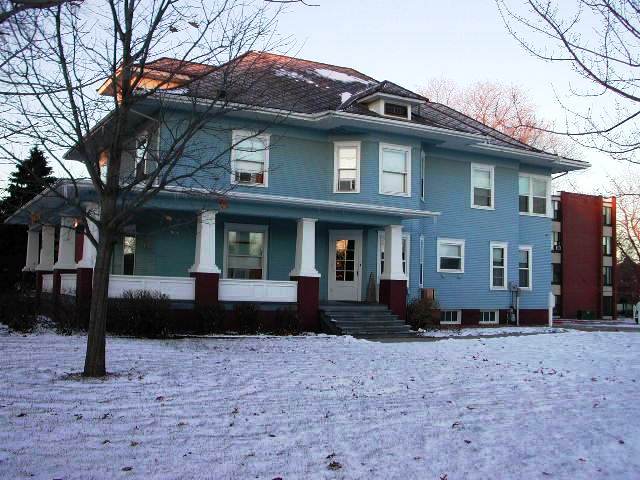 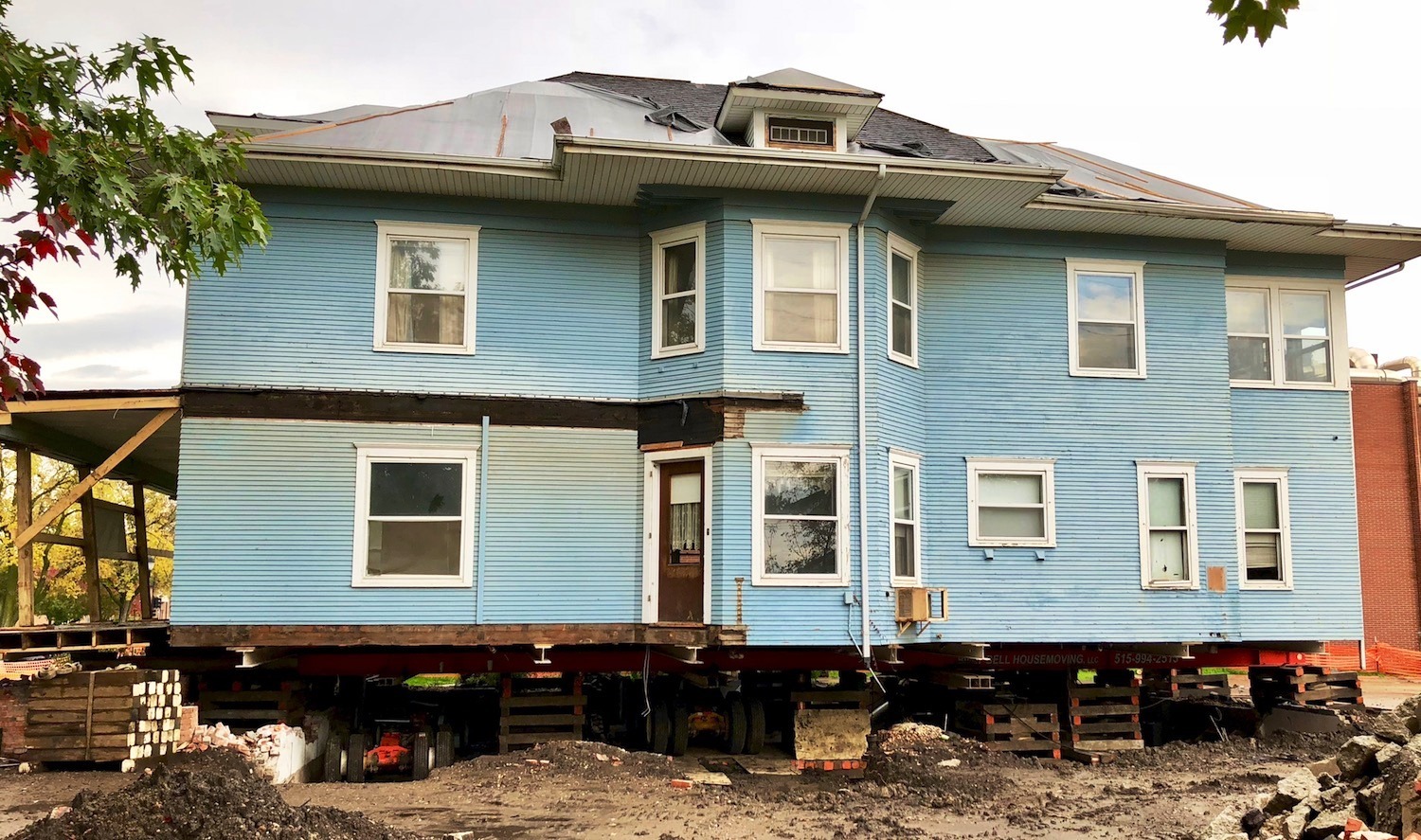