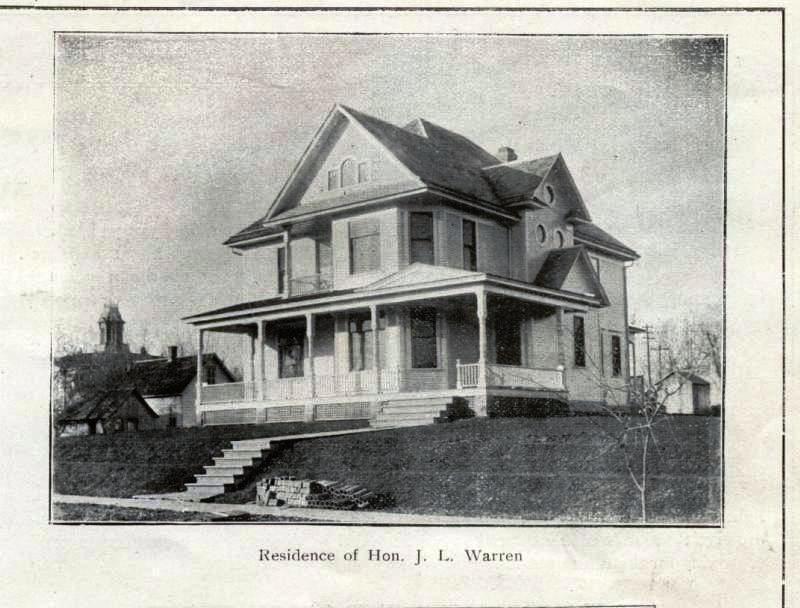 The once-stately home at 503 Main, referred to as the Warren home, has an intriguing pedigree. Not only was the land originally owned by Jospeh Porter, one of Marion County’s storied pioneers; the home was also constructed by James L. “Link” Warren, future five-term (and second-generation) state legislator.  Warren’s grandfather also had the distinction of being the first medical doctor in Marion County and one of the very first settlers to arrive in the Pella area. In addition, Warren’s father operated the first grist mill in the area on the skunk river.

According to his own records, Dominie Scholte gifted half of Block 61 (Lots 3, 6, 7 & 8) – essentially the part of the block that is not currently owned by Casey’s – to Joseph Porter as a “present”…“for use of steam mill”. According to the 1881 History of Marion County Iowa, Porter sawed the lumber for many of Pella’s first permanent buildings. Porter arrived in Marion County in 1847 – the same year that Pella was founded. By 1851, “he moved to Pella and built a saw-mill, which was about the first in the county. Two years afterward he built a second mill in Pella…and he sawed most of the lumber for the first buildings in this part of the county.” Block 61, on which the home is located, had a stream running through it that provided easy access to water for Porter’s steam engine. The number of lots given to Porter by Scholte was unprecedented. It shows how much Scholte valued the saw mill; no one else received more than one lot, and even that was rare.

The actual date of construction of the commanding home at 503 is uncertain. The Beacon.Schneidercorp.com website incorrectly lists the date of construction for the house as 1914. It was almost certainly built between 1897 and 1901, more likely 1898-1900. As evidence, there is a photograph of the house, captioned “Residence of Hon. J. L. Warren” included in the lengthily-named Souvenir History and Biography of Pella, Issued by The Pella Chronicle, Wednesday, Jan. 1, 1902.

James L. Warren was an interesting character. He was born in 1860, about five miles north-east of Pella in Mahaska County, near the above-mentioned Warren’s Mill. He graduated from William Penn College in Oskaloosa and was admitted to the Iowa bar in 1886. He practiced law in Oskaloosa for five years before moving his wife and newly born daughter to Pella where he went into law practice with his brother Granville. As a lawyer James traveled extensively for trials and other legal representation – sometimes by train but more often by horse and buggy. His destinations included Peoria, Grinnell, Sully, Tracy, Monroe, Olivet, Otley, Newton, Montezuma, Galesburg, Oskaloosa, Des Moines and even Monticello and Anamosa.

James was involved with numerous business interests, too. He owned multiple farms and pastures which he rented out. He formed a firm called Warren and Jelsma to sell real estate. He was a founding investor in the Iowa Oil and Mining Company. The Warrens were very active in the M. E. Church and often hosted church meetings, socials and youth gatherings in their home and on their property.

Early on James’ interests turned to politics. When his brother Granville was elected county attorney in 1892 Granville became too ill to complete the term and James stepped in to complete it. James later ran for city alderman but was narrowly defeated. By 1899 Democrats were sweeping every election in the county but James was convinced to run for state representative for the republican party. The Pella Blade newspaper opined: “We should think the republicans of Marion County would be averse to leading a man like Mr. Warren to the slaughter, as the democrats of the county will elect every man on the ticket this year, from senator down.” But in a huge upset, Warren went on to victory by a narrow 50-vote margin.

It was somewhere around this time that James, his wife, and three daughters moved into their new home at 503 Main. Being in the Iowa legislature required James to spend large amounts of time in Des Moines. He maintained his business office in Pella, but was required to be away from home and family for easily one-third of the year or more. James was re-elected state representative in 1902 and then was elected state senator for three more terms: 1904, 1906 and 1908.

By 1904 James was seriously considering moving his law practice to Knoxville since it was the county seat and could potentially provide more business. Towards that end James sold their home to fellow attorney Ryn Vander Ploeg for $5,000 in September 1904 and he and the Vander Ploegs exchanged residences – the Warrens moving to the leased home that the Vander Ploegs had inhabited. It appears that the Warrens never did move to Knoxville. After James completed his final term as state senator in 1910 he moved his law office to Des Moines. His family finally joined him in living there in 1917. James Warred died in Des Moines in 1925, at 64 years of age. He is buried in Glendale Cemetery in Des Moines.

Ryn Vander Ploeg continued to own the house for some time. By the early 1920s Mrs. Jacob Veenstra lived in the house and rented out the upstairs rooms to Central College students. In August 1923 The Pella Chronicle reported: “The Veenstra home is full now, there are four rooms and they are all rented – two boys to a room. Four new boys from in and around Hospers [Iowa] have the two front rooms, while the two back rooms are rented to old students.”

The house frequently functioned as an apartment building for many years. Finally in 1955 Marion Van Nimwegen purchased the property for $9,000. It has remained in the Van Nimwegen family until this year. The home functioned as their home until years later when it was again rented out once as apartments.

This majestic structure harks back to a time when there were many large and stately homes in Pella. Most of them are gone now. Hopefully this grand lady with its historic ties to the past still has some life left in her. As prominently situated as this home is, it would be wonderful if it could be rescued and returned to its former glory; providing those who pass by with a glimpse into Pella’s past. 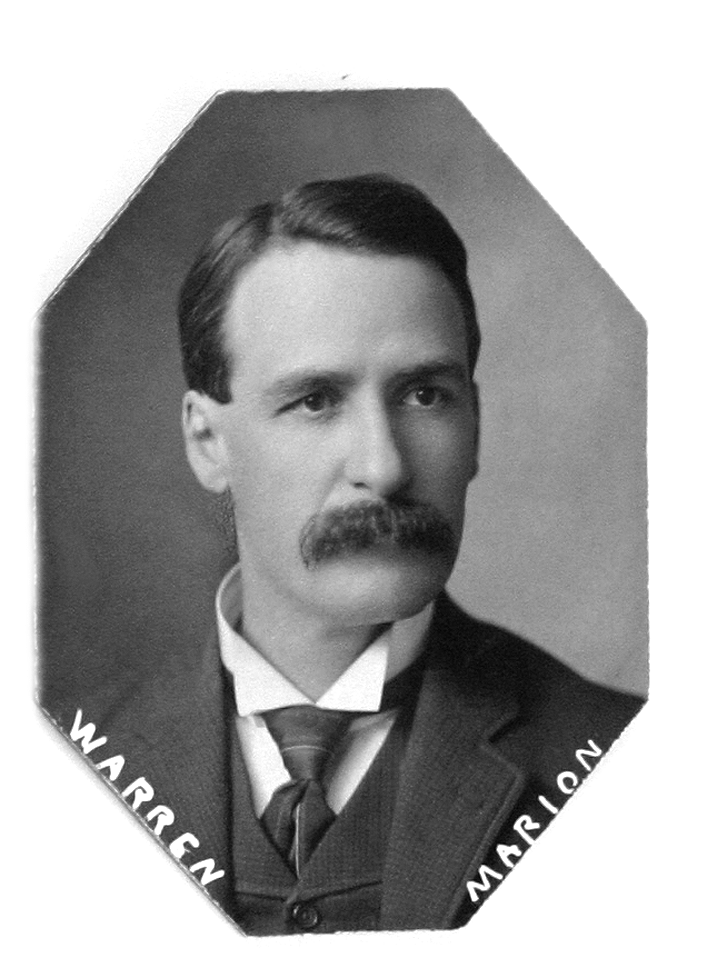 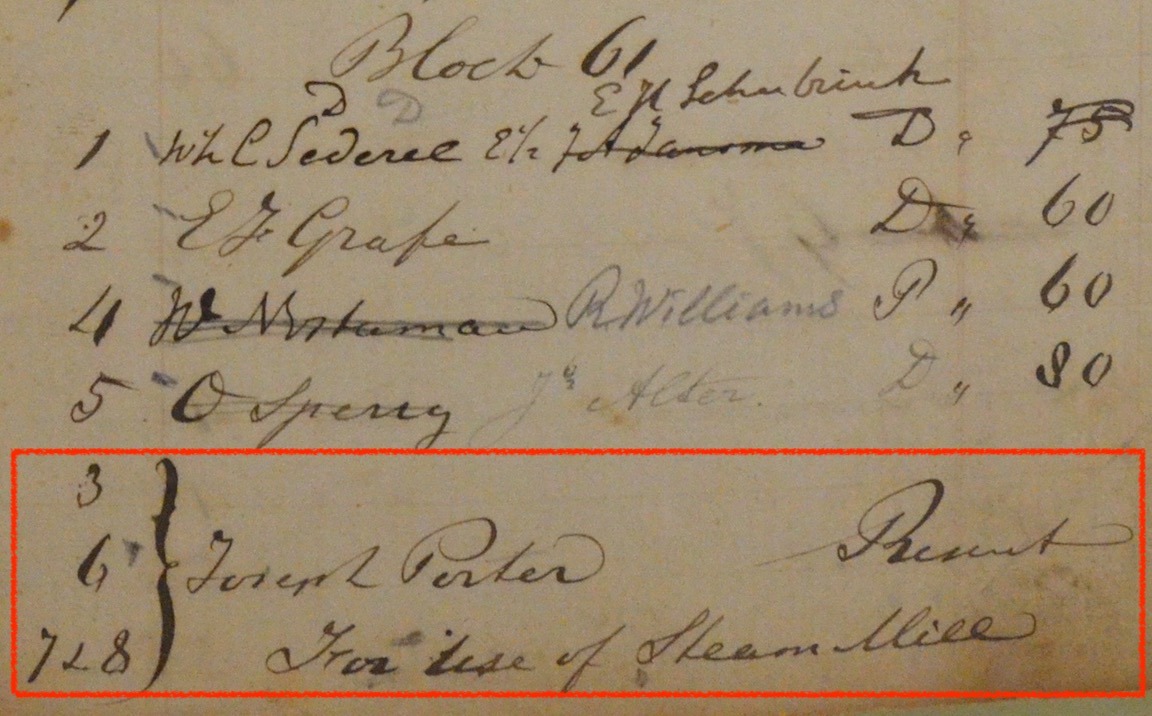 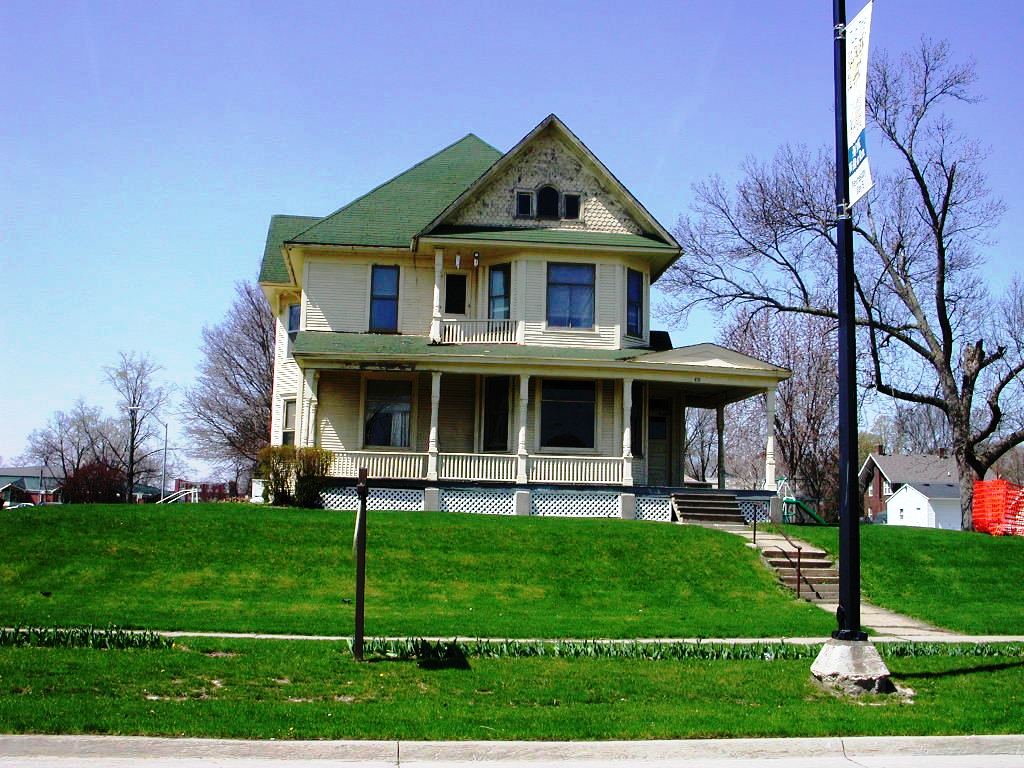 Estimated cost to relocate: $375,000-$425,000 would have been needed to purchase a lot within a few blocks; pour a full basement; moving costs; repair and paint the exterior and partial roof replacement. This estimate did not include restoration to the interior. Even though it had strong bones, it needed a lot of repairs and updating.

Historic Pella Trust voted not to move it and preservation on location was not an option. 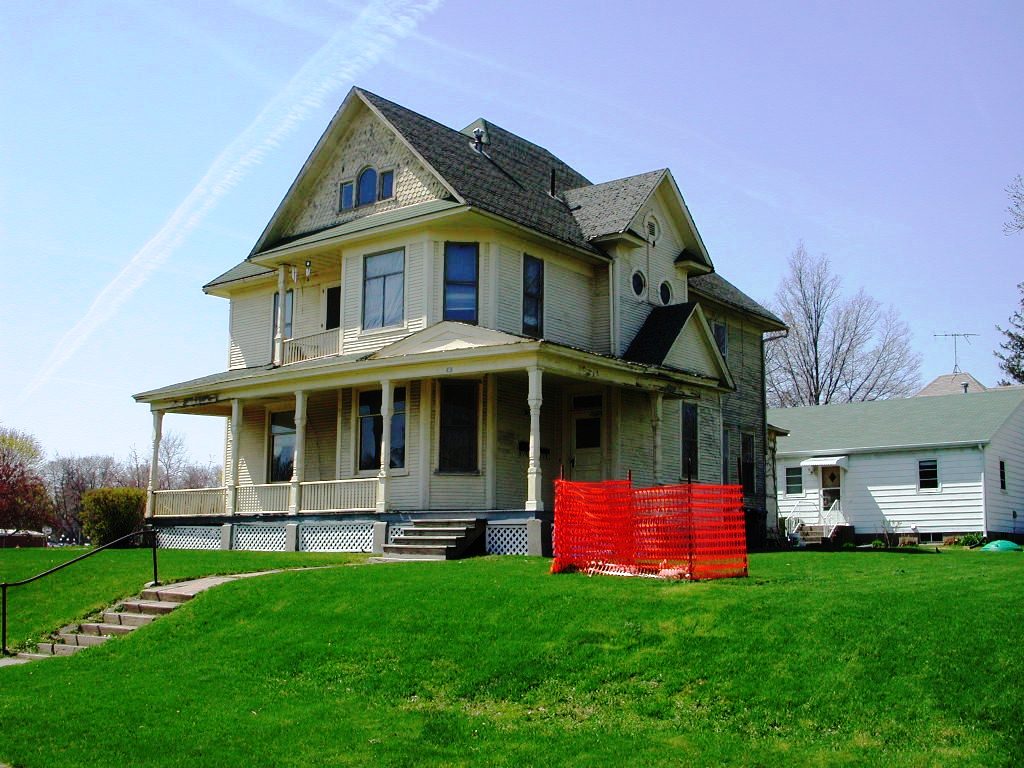 Historic Pella Trust members along with local historic experts toured the house to determine feasibility in relocating it. We determined that it had really good bones and was structurally sound.

If you enjoyed this post and would like to help with future Historic Pella Trust projects please consider making a donation. Contributions to the Historic Pella Trust are critical to preserving the rich and storied heritage of Pella and its architecture. To make an online donation, please go to the Membership and Donations page.