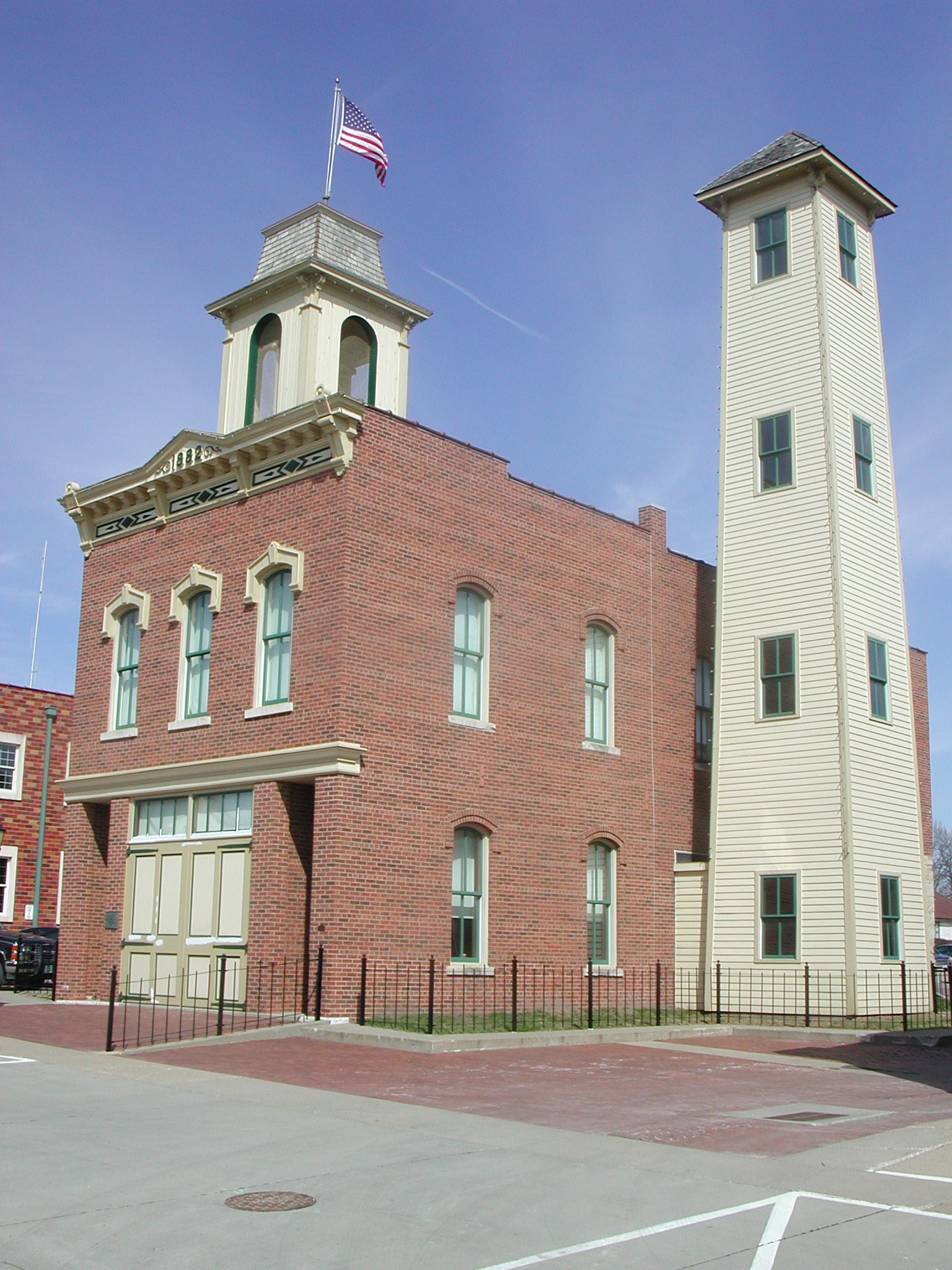 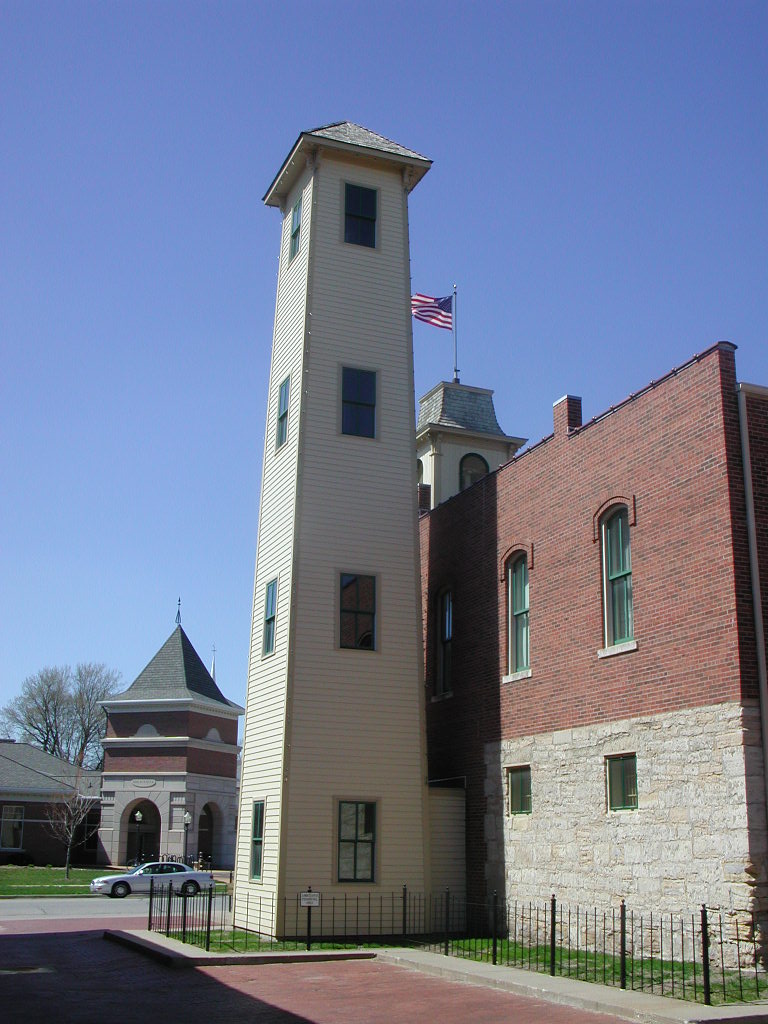 Research and Story by Bruce Boertje

For 35 years, until the early 1880s, most of Pella’s downtown buildings were constructed of wood. Wood-clad buildings could be quickly, easily and inexpensively erected. Two main drawbacks were that the buildings tended to deteriorate rather quickly – thus requiring significant maintenance – and were vulnerable to fire.

Pella’s first major downtown fire occurred on a cold Sunday evening in January 1872. Eight business buildings were destroyed: everything on the north side of Franklin Street from the current Jansen’s Decorating & Kitchen’s building west to Marion County Bank. In February 1880 another half block burned on the west side of Main Street: from the alley north to the building now housing the Quilted Windmill at the corner of Main and Franklin streets. The final straw came in April 1882 when a third half-block burned on the east side of Main Street: from today’s Marion County Bank north to the alley.

That same year the Pella City Council voted to organize a fire department, purchase equipment for them and erect a fire station. In addition an ordinance was passed requiring all new downtown buildings be constructed of brick. In September 1882 the city purchased a lot for $500 on which to build “a good substantial two story brick building”. The first floor was to house Pella’s new fire equipment and prisoner cells, the second story to accommodate the mayor’s office, city hall and other offices. A Button #2 hand-drawn/operated fire engine, a hook and ladder “truck”, a hose cart and 600 feet of hose at a total cost of $2,360 were acquired.

Water was supplied to the hand-operated pump through a half-dozen wells and cisterns located throughout downtown Pella. In 1891 one last major fire destroyed another half-block of downtown Pella, this time on the southwest corner of Broadway and Washington streets, claiming at least seven (and as many as 14) business buildings and homes.

In 1895 the city began installing its first municipal water system that included a deep well and water tower in today’s West Market Park. This system became operational in 1897, but was not without its faults. The water mains only covered the center section of town, and the water it produced was highly mineralized, considered undrinkable, and infamously termed “that brown liquid” by an early Pella newspaper. But the main purpose of the water system was to fight fires, and to do this, it required a new set of hoses – ones that could handle the pressure from the water tower as opposed to sucking water out of wells and cisterns.

The city fire department switched to cotton hoses to handle the new water system. However, these hoses were difficult to drain and dry after fighting a fire, and in May 1897 the city council entertained a request to construct a hose tower for that purpose; but the matter was referred to “the chief engineer” and no further action was taken in that regard. In April 1904 it was reported that the mayor “favored the recent recommendation of the chief of the fire department for disposing of the present fire engine and purchasing a first-class, up-to-date chemical fire engine and the erection of a hose tower, where the fire hose could be hung up to dry and thus prevent its becoming rotten and worthless just at a time, perhaps, when worst needed.” Thus, that December, Tone Reerink, who was the successful bidder, began construction on the hose tower.

In 1911 the city began an enormous modernization program. A bond vote allowed Pella to begin installing its first municipal electric plant; extend and replace the 15-year-old water supply equipment and its location; install Pella’s first sanitary sewer system; and begin paving streets. The last improvement made it much easier to pull the fire engine (by horse or man-power) when the weather was bad. It was to be another decade before the city considered purchasing its first motorized fire truck. In 1922 Pella’s first self-propelled fire truck allowed the fire department to downsize from its paid force of 62 members to around 12-15 volunteer firefighters. That savings alone paid for the new truck.

In the early 1930s nylon fire hoses replaced the old cotton ones and the hose tower became obsolete. Due to deterioration and obsolescence it was removed sometime prior to 1935. In 1954 Pella’s original fire station was replaced with a new facility that was constructed on an adjacent lot to the north. 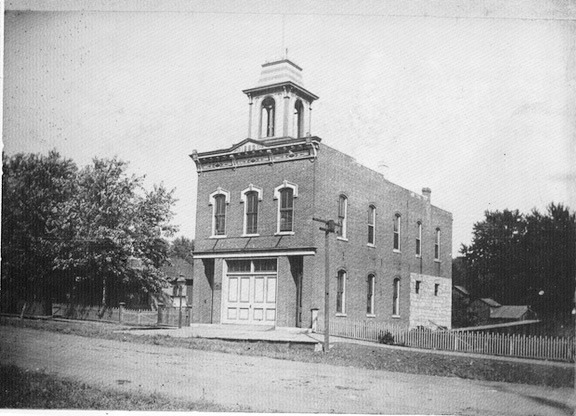 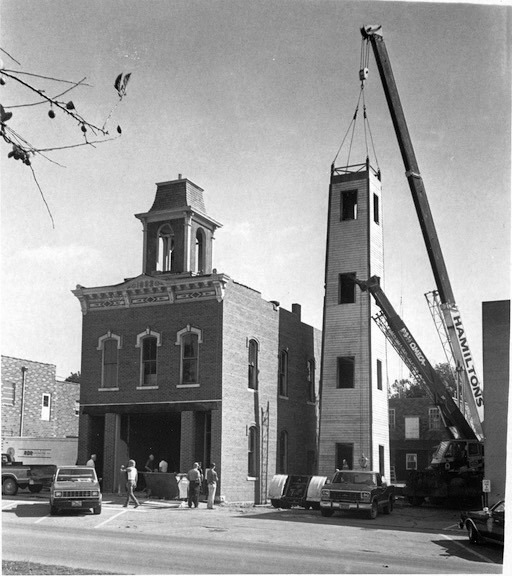 In 1983 local philanthropist and Rolscreen Company Chair, Joan Kuyper Farver saw to it that the necessary funds were donated to renovate the original fire station and reconstruct its hose tower.

37 years later, the hose tower is again in need of repairs.