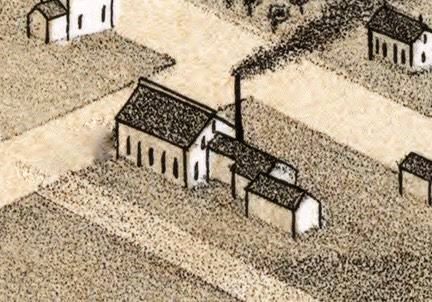 South Pella has an amazing history that has been largely forgotten. The area south of University Street was originally laid out as two separate plats by two different owners. The slightly older one was called South East Pella and was located east of what is now Clark Street. South Pella was the area west of Clark Street. Both were platted in 1854 and then annexed to the city of Pella in 1870.

Scant information is available on the smaller Pearl Mill; operated by the Tysseling Brothers – who later went on to own and operate the larger Washington Mill. Few mentions are made of Pearl Mill, which was in operation by 1869 as witnessed by the drawing from the Birds Eye View of Pella map and an ad from the Pella Blade.

Ernst F. Grafe, a German-born citizen who met the Hollanders in St. Louis before Scholte had even chosen a location for Pella, wound up joining his Holland friends in Pella in 1848 and opened Pella’s second store. In 1855 he built Pella’s first flour mill (Washington Mill) in South Pella and operated it until he sold it in 1866 to John Nollen and Peter Bousquet. They in turn sold it to the Tysseling Bros. sometime between 1873 and 1877. The Tysselings operated Washington Mill until it was destroyed by fire in September 1893.

An extraordinary entrepreneur, E. F. Grafe lived in Pella for over 25 years, served 12 years as Justice of the Peace and one year as Pella’s mayor, before moving to Nebraska to operate a flour mill in Grand Island. 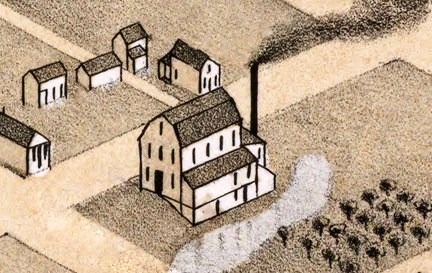 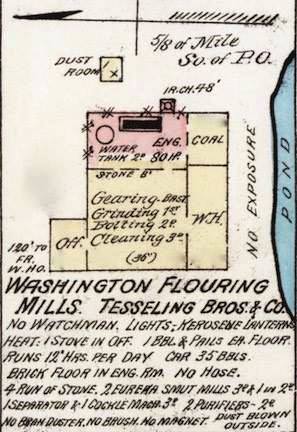 The Washington Mill was the larger of the two and was one of the first major industries in Pella, being founded in 1855 by E. F. Grafe and George Henckler. Before the mill was a year old Henckler sold his interest to F. W. Waechter, who later went on to purchase Sam Atlee’s lumberyard. The name was changed to Waechter Lumber Yard in 1871. The Lumber yard was later moved to the NW corner of University and Main streets.

The Washington Mill was steam operated. It had an enormous one-cylinder 75 horse-power engine that was later increased to 125 hp. The building was described as four stories high (including the basement) and had a 50′ tall smokestack. The property encompassed 2/3 of a block and during busy times the mill ran 24-hours a day. The mill employed five men and could turn out 75 barrels of flour per day. The mill began 10 years before the railroad came to Pella and thus was a valuable addition to the area. Once the railroad arrived the mills were able to ship their products out and production increased proportionally. 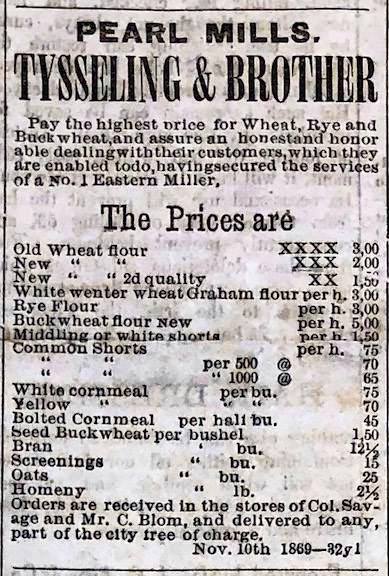 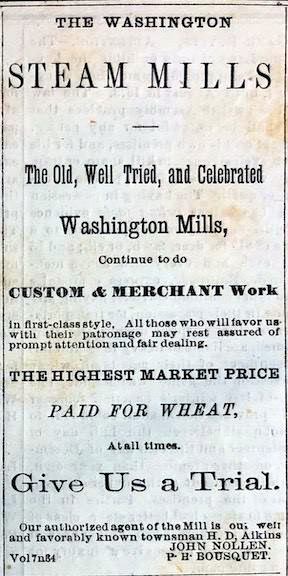