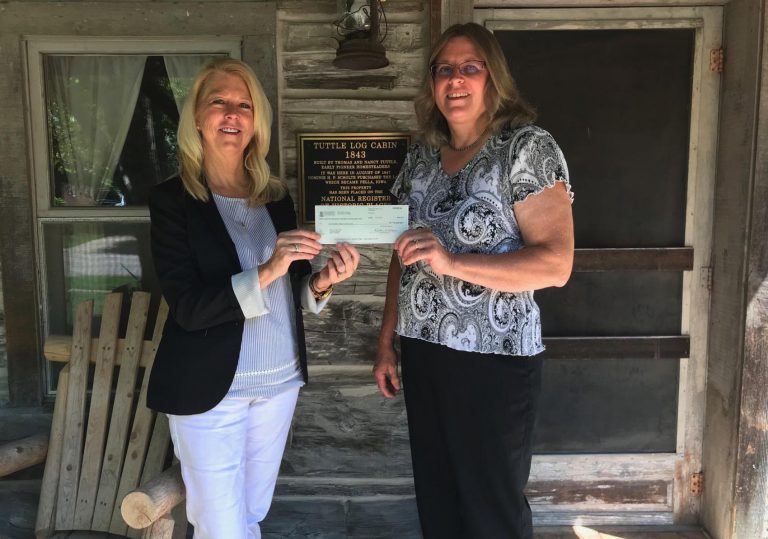 The Historic Pella Trust was awarded a $5,000 grant Monday which will be used toward the Tuttle Cabin Learning Walk.

The Tuttle Cabin Learning Walk will link the Tuttle Cabin to Sunken Gardens with an educational walkway. The project will include learning stations, or educational signs, taking people through a self-guided tour of Pella’s history. The walkway will also be landscaped.

The grant was presented by Lynn Branderhorst with the Marion County Community Foundation.

While the cost of the project is up in the air until a bid is approved, the historic trust is planning on $200,000, said HPT executive director Jennifer Van Kooten. Including the Marion County Community Foundation’s grant, the historic trust has fundraised $25,000 toward the walkway.

“There’s no limit to the demographic this covers. It’ll cover any age or financial ability because it’s open to the public,” Van Kooten said. “Seeing the Tuttle Cabin from the outside and taking a picture would be like going to take a photo at Plymouth Rock. It’s Pella’s beginning.”

The walkway will most likely be constructed in phases, Van Kooten said.

The idea for the Tuttle Cabin Learning Walk was first presented to city council during its budgeting work sessions toward the beginning of the year.